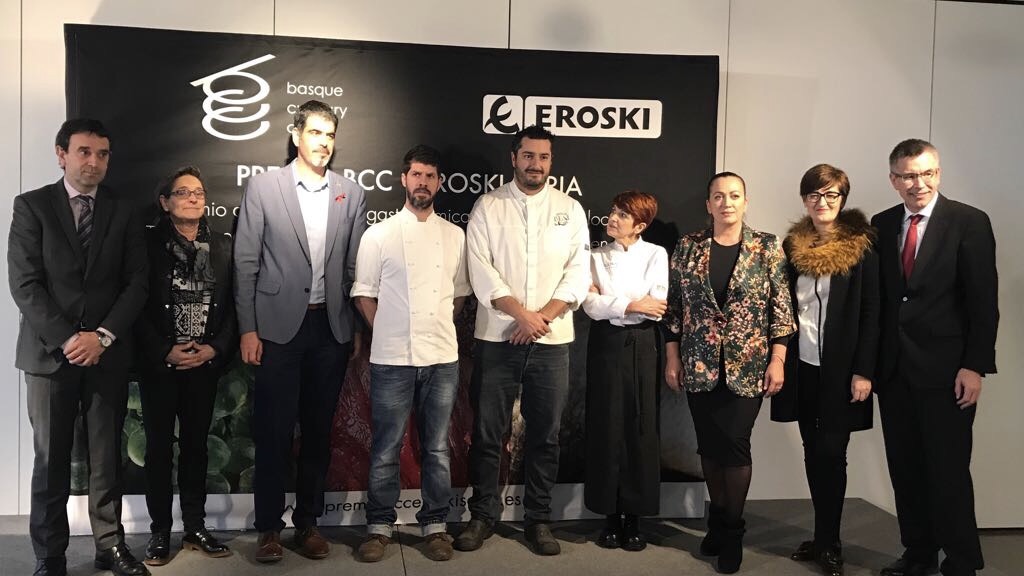 Antonio Rodriguez Bort, restaurant chef at ISPAL, has received the second national prize, the BCC VI Eroski Saria Award, which was held at the Basque Culinary Center in San Sebastian, one of the most prestigious gastronomic centers in Spain.

…the dish ̈Bleak, between the River and the Pasture ̈, a dish based on the concept of ISPAL ́s kitchen 100% Seville

To win it, ISPAL ́s restaurant chef cooked the dish ” Bleak, between the River and the Pasture ” based on the concept of ISPAL ́s kitchen 100% Seville, and according to the chef, explaining to the members of the jury, that “he wanted to pay tribute to a fish which once had great importance and relevance in the Sevillian cuisine, and with a nod to the Iberian pasture around Seville, accompanying the bleak with the juice of stewed giblets”

At previous editions of the contest great chefs of Michelin star restaurants passed by, or not long after won this award for their restaurants. In fact, the winner of this edition has been Paulo Airaudo, restaurant Amelia San Sebastian which has received a brand new Michelin Star.

This award, open to all active professional chefs in Spain, aims to recognize and reward the cooks that promote and use certain varieties and species that make up the cultural and gastronomic richness of the different territories of Spain. Healthy suggestions, sustainable and innovative, with a strong role of the food produced in the nearby surroundings that demonstrate a social commitment to producers, and the preservation of biodiversity of species, varieties and flavors.