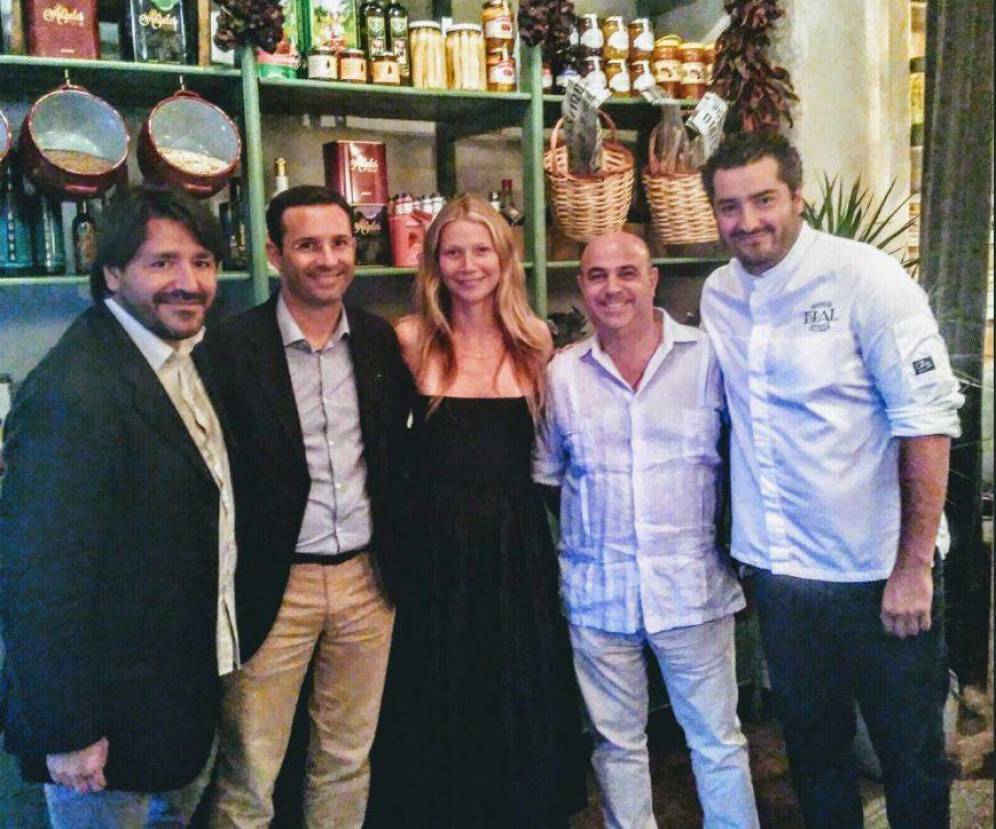 Gwyneth Paltrow´s love for Spain has been known for years. This weekend, Hollywood´s

star has returned to visit our country, and for this occasion she wanted to dine in one of the most flamboyant restaurants in Seville. It ́s all about ISPAL, a place that opened last June 3, and opposite Seville ́s court. According to the local newspaper, ‘Diario de Sevilla’, the restaurant owners saw last Friday that a reservation was made from a foreign phone number. They soon discovered that it was the very protagonist of ‘Shakespeare in Love’, who went to the place to enjoy her meal with a casual look and with little makeup, as shown by the photos on social media.

According to experts, the average price of the restaurant is 22 euros, and dishes represent the best of Andalusian traditions. “In its varied menu, there is a selection of specialties made with local products, with the freshest and most carefully selected from its coasts and fields “, they assure. Gwyneth, who spoke in perfect Spanish with the owners, offered to put her signature in the guest book of the newly opened restaurant, where she enjoyed a piece of ham from Sierra de Sevilla with soufflé Regala, chamomile from Sanlúcar and tomato water from Los Palacios. Then, she tasted a gazpacho with olives and lupines, and croaker from the Guadalquivir marshes in cabrilla sauce with tomato.

Although there were times when her film career was more successful, Gwyneth Paltrow is still news whatever she does. Just recently the 43-year old revolutionized social networks appearing without makeup. Nevertheless, the news that really surprised her fans was that it was claimed that the actress recommended vaginal eggs; which gave her a good dressing-down by the gynecologists. All joking aside, what always will be in the news, is the star ́s love for Spain. A love that was shown once again in Seville this Friday.